The leadership and entire membership of the Communist Party of the Philippines (CPP), all Red commanders and fighters of the New People’s Army (NPA), people’s militias and revolutionary mass organizations welcome the issuance by the National Democratic Front of the Philippines (NDFP) of the Declaration and Program of Action for the Rights, Protection and Welfare of Children. (image/jpeg)

Development of Maoist Theory and Practice in the Philippines Jose Maria Sison 2012-11-12 2:26 AM 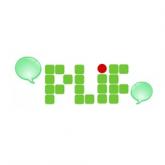 The Anakpawis party-list announced on Monday that it was adding the name of Randall Echanis, a political consultant of the Communist Party of the Philippines-National Democratic Front (CPP-NDF), as its third nominee, a move which observers say could hasten the integration of the extreme left into the political mainstream. (image/jpeg) 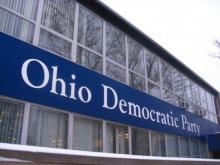 Republicans control over 81% of the U.S. voting machines. Through these machines George W Bush was installed twice though not elected. Election Systems and Software (ESS), Dominion, owned by a conservative Canadian corporation, and H.I.G. are 3 of the culprits. (image/jpeg) 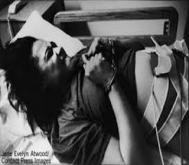 A bill opposing the shackling of pregnant prisoners, AB 2530, has been passed unanimously by the California State Legislature and is now on Governor Jerry Brown’s desk, with thirty days to either approve or veto it. Last year, a previous version of this bill was also passed unanimously by the Legislature, but it was ultimately vetoed by Brown. With Brown’s decision expected anytime, local activists are urgently mobilizing to stop him from vetoing this important bill once again. AB 2530 supporters have created a webpage for the public (not just California residents) to contact the Governor. (image/jpeg)

on oil, gas, and energy, advisor to 16 governments (verifiable), is namesake of law that says oil and gas double every 5 years. Up 15% each year--you can (will) see it yourself. (image/jpeg) 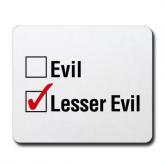 Just when the Obama campaign couldn’t appear any less inspiring, Paul Ryan was put forth as the Republican vice presidential candidate. Suddenly team Obama was supplied with enough political munitions to scare every last American over the possible Ryan destruction of Medicare, Medicaid, cuts to Social Security and the various other evils inherent in his proposed national budget. Consequently, many Liberals and Leftists across the spectrum are now focused on preaching the horrors of a Republican presidential victory and thus the necessity of re-electing Obama. (image/jpeg) 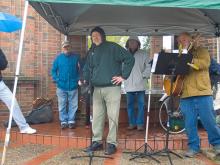 The case of Ed Frey is reminiscent of an earlier Santa Cruz case where Sandy Loranger did time in jail for feeding the homeless soup. When the judge offered her counseling instead of jail Sandy Loranger replied, "If feeding my fellow man is a crime, I am beyond rehabilitation." (image/jpeg)

We will examine issues of land reform, urban agriculture, rural development, fishing rights, and food sovereignty within a dynamic political context. Venezuela is an outstanding example of a country that strives to ensure its citizens’ right to food while bolstering its domestic agriculture sector, with an emphasis on sustainable agriculture. We will also explore other areas of social transformation, including education, healthcare, and direct citizen participation in the political process. Plus trips to beaches, parks, and other sites of interest. (image/jpeg)

Six of the so-called Morong 43 have rejoined the armed struggle and have linked up with their Southern Tagalog-based comrades, a senior military commander said Thursday. (image/jpeg)

The use of Internet and Social Media will become the important tools in the immediate future to wage political advocacy, militant activism, organizing and mobilizing protest actions that may lead to civil unrest as to initiate social change. (image/jpeg) 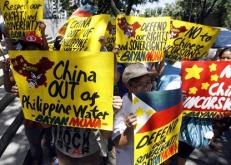 PHILIPPINES: The progressive party-list Bayan Muna is protesting against China’s excursions in Panatag or Scarborough Shoal saying that China should order its vessels to leave the area and stop harassing Filipino fishermen. (image/jpeg) 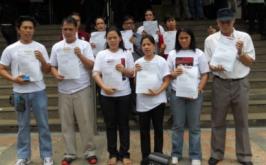 MANILA, Philippines - Eight of the 43 health workers collectively known as the Morong 43, who were arrested in February 2010 during a medical training, filed criminal charges against former President Gloria Macapagal-Arroyo and several military officials before the Department of Justice. (image/jpeg) 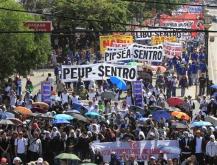 THOUSANDS of trade unionists and activists poured into the streets of Manila and other key cities to celebrate May Day amid renewed hopes that the two latest efforts at labor unity will provide strong impetus to their uphill battle for labor and trade union rights. (image/jpeg) 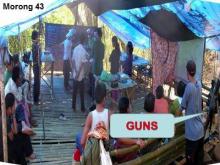 MANILA – The recent promotion of Major General Jorge Segovia, former commander of the 2nd Infantry Division of the Philippine Army that carried out the illegal arrest of 43 health workers in February 2010, has outraged human rights groups. (image/jpeg)

We, the International League of Peoples’ Struggle (ILPS), convey our warmest greetings of solidarity to you, the Democratic People’s Republic of Korea and the Korean people as we join the celebration of the 100th birth anniversary of the great revolutionary leader President Kim Il Sung on April 15, 2012. This is a highly significant day in Korea’s resplendent 5000-year history and is a strong inspiration to the peoples of the world. (image/jpeg)

The idea of the worldwide Children's Revolution on May Day is for the women and children in the environmental movement to lead the marches all over the earth, and show that the World Revolution is peaceful and will save humanity from being driven to extinction by the burning of fossil fuels. The proposal for the worldwide Children's Revolution is for kids' marches to be at the front of all the protests during the global General Strike, and for everyone else to lend their support by displaying banners reading “CAN YOU SAVE THE HUMAN RACE?” to help ensure the survival of future generations. (image/png) 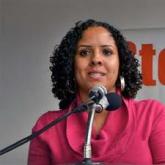 The Party for Socialism and Liberation is running Peta Lindsay for President and Yari Osorio for Vice-President in the 2012 election. The campaign recently released a 10-point program. (image/jpeg)

After the killings at the soccer match on February 1 at Port Said (74 deaths, mainly among supporters of the Al-Ahly club of Cairo), the “ultras”, supporters of the teams from the capital whom, throughout the events of last year had fought many times the forces of repression, have accused the SCAF of premeditated killing. (image/jpeg)

The movement for single-payer achieved its first major victory in the United States in 2011 when the Governor of Vermont signed a single-payer bill into law. Under rules of the Obama-care bill, however, Vermont will not be able to enact the legislation until 2017, but Vermont is seeking waivers to enact the bill in 2014. Montana Governor Brian Schweitzer is also asking for a waiver from the federal government to set-up single payer health care in Montana. (image/jpeg)